How to manage projects has evolved in the 85 years since the Empire State Building was built. Dozens of new strategies have been – and are being – tested, but no silver bullet has yet been found.

Where are we now?

We are still searching for a solution to two apparently mutually exclusive conditions: Owners want certainty and minimal risk, and designers and builders know there is no certainty, and also want minimal risk.

Sometimes it is a good idea, when rethinking a situation, to step back in time and look at why things are the way they are. Besides the endless search for a delivery model that works for everybody, there are 6 great changes that mark the current state of project delivery:

The current project delivery “flavors of the month” – BIM (Building Information Modelling) and IPD (Integrated Project Delivery) would not be possible without the last two of these changes.

Rethinking the Project Delivery part of architecture is a lot more complicated than rethinking the other five main functions of a design business, because suddenly a “cast of thousands” appears, with complex webs of mutually incompatible objectives.

Nevertheless, a constructive rethink of project delivery has to be part of any effort to recalibrate design professionals’ influence over the conditions that will determine their future relevance: If we can’t offer our clients authoritative advice on delivery, others will do it for us, and they will be holding the aces for the rest of the game.

I submit that this constructive rethink must consider the six changes noted above: 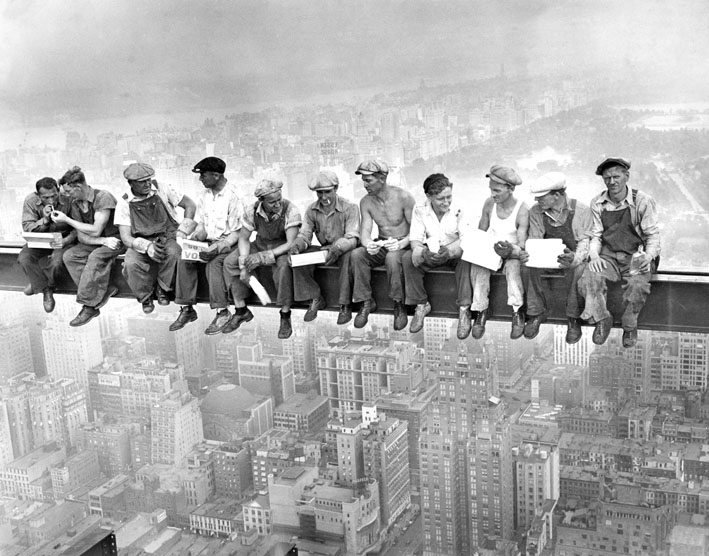 The construction drawings for the 103 story Empire State Building were completed in just two weeks, by Architect William Lamb of Shreve, Lamb and Harmon, and utilized previous concepts from the Reynolds Building in Winston-Salen, North Carolina, and from the Carew Tower in Cincinatti, Ohio, designed by W. W. Ahlschlager & Associates.

The structure was the world’s tallest building for 40 years, until surpassed by the World Trade Center in 1970. An estimated 34,000 workers completed the project in just 15 months, 3 months ahead of the expected completion date.

5 workmen died during construction, which seems modest given the non-existent safety provisions!

(Thank you Wikipedia for the above information) 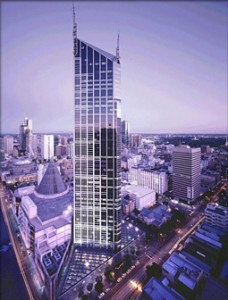 Let’s compare that with a modern project I’m quite familiar with – the 55-storey Melbourne Central – having worked on it for 5 years; 1986-1991. The project was fast-tracked, and design took approximately 3 years, involving multiple prime design consultants.

Below: The “cone” over the historic shot tower in the Melbourne Central atrium, the largest structure of its kind in the world. 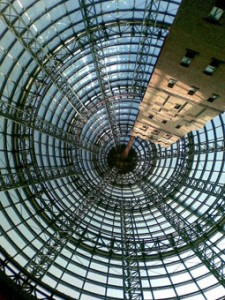